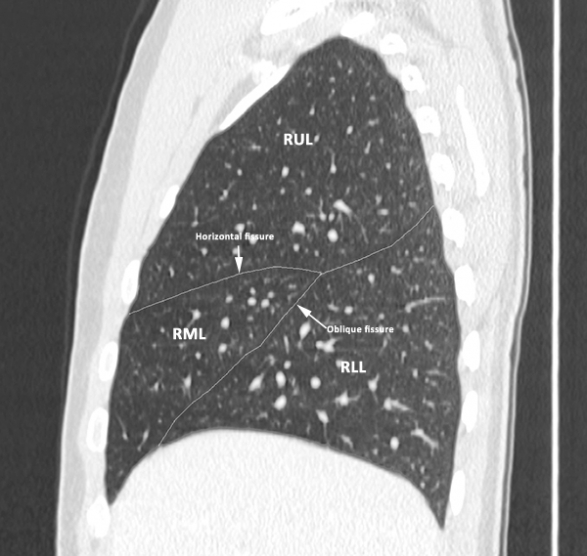 The first image shows the right lung with the fissures highlighted. The oblique fissure extends from anteroinferiorly to the level of approximately T4 posteriorly. The horizontal fissure lies at the level of the 6th rib laterally when seen on a PA radiograph. It extends medially to the hilum. The lobes are shown right upper lobe, RUL; right middle lobe, RML and right lower lobe, RLL. The second image shows the left lung. There are only two lobes, with the lower lobe posteroinferiorly, separated from the upper lobe by the oblique fissure which extends slightly more superiorly than on the right. Note on each side how much the lower lobe extends superiorly and the upper lobe inferiorly.